You’re trying to intellectualise something, desperately, and you’re wasting your time.

These were the words uttered by a formidable Leonora Carrington when, in an interview, her cousin dared to query the motives behind her artworks. With a life of contradictions, Leonora remains a decidedly enigmatic figure, even among the Surrealists. She is the nineteen-year-old English debutante who caused a scandal by eloping with painter Max Ernst. After World War II broke out, she travelled to Madrid where, so the story goes, she was rescued from an asylum by her nanny. In a submarine. Then onto Mexico with her temporary husband the diplomat, Renato Leduc. Though her marriage was conducted to enable cross-Atlantic travel, her artistic sensibility flourished in Mexico and she stayed there for the rest of her considerable life.

You know how when something really touches you, it feels like burning.

As with her life, one cannot attempt to fully decipher her art. In fact, art and life were inextricably connected for Leonora. She used the influence of other myths to create her own, on and off the canvas. In that interview with her cousin, she asserted that one couldn’t understand art by “a sort of mini logic” but instead by “your own feelings about things”.

But at the same time, her work was brimful of references. This is a fundamental contradiction of all Surrealist art. It claimed to express free-flowing thought untainted by reason or society’s rules, but was promoted by a host of intellectual artists consciously referencing Freud, Goya, Leonardo da Vinci and the like.

Mainstream Surrealism was extremely male-dominated, and Leonora said herself that the women in that circle were “there to inspire, aside from doing the washing, cooking, cleaning and feeding… I never thought of myself as a muse. I thought of myself as being carried away by my lover.” She rejected the part of muse thrust on women, preferring to take up the brush herself. Her relationship with Ernst was mutually inspiring and “lover” was certainly not the only role she wanted.

Instead, Leonora’s works contain far more personal references, at first focusing on her Irish heritage, and its folklore in particular. In her painting Self Portrait (Inn of the Dawn Horse), 1937-8, Leonora paints herself next to a hyena with breasts, a possible sign of dangerous unbridled sexuality, echoing the way unmarried women were perceived after having relationships with men. In her novel The Debutante, Leonora described a hyena notable for her pungent smell, not acceptable company in polite society.

Horses are recurrent in her work, recalling Epona, the Celtic goddess who appeared to her followers on a white horse. The artist herself stated, “a horse gets mixed up with one’s body… it gives energy and power… I used to think I could turn myself into a horse.” In her book, The House of Fear, she does just that! Horses, like hyenas, symbolised Leonora herself and represented her longing for freedom from a repressive, conventional background.

In 1943, Leonora moved to Mexico and a new chapter began. Free of her family and her besieged relationship with Ernst (he married Peggy Guggenheim to escape Europe), she immersed herself in the art world of Mexico City. Steeped in Surrealist ideas and mysticism, she joined a close group of artists and enjoyed much creative experimentation. In her novels and her art, Leonora combined her favoured symbols of Irish folklore with Mexican motifs. El Mundo mágico de los Mayas, 1963-4, was a commission for a new museum, in an area dedicated to the state of Chiapas. She visited the region, attended healing ceremonies and got to know the people. She attempted to study the preconquest outlook of the Chiapas Indians, and in her finished painting shows the way cultures were mixed in the area. The painting is a fairytale of old and new, historical and imagined. Figures walk between Catholic processions and indigenous healings. Mystical animals swirl around a landscape that seems a living creature itself, while her favourite motif, the Irish white horse, sits amidst a carnival of human activity.

My grandmother used to tell me we were descendants of that ancient race that magically started to live underground when their land was taken by invaders with different political and religious ideas.

Leonora’s books are as utterly imaginative as her visual art. The Hearing Trumpet starts off fairly ordinarily, with an elderly woman getting irritated by her patronising family, who think her senile. But the care home she is carted off to is unlike any establishment of its kind. I’ll leave you discover that joy for yourselves. It feels mundane to state the obvious: that her artworks on the page and the canvas are extraordinary feats of imagination. They often inhabit domestic “feminine” spaces to celebrate them as places of mystical power, rarely the subject of lauded “male” art.

But enough of intellectualising. As Leonora wrote in The Hearing Trumpet: “Darling stop being philosophical, it doesn’t suit you, it makes your nose red.” 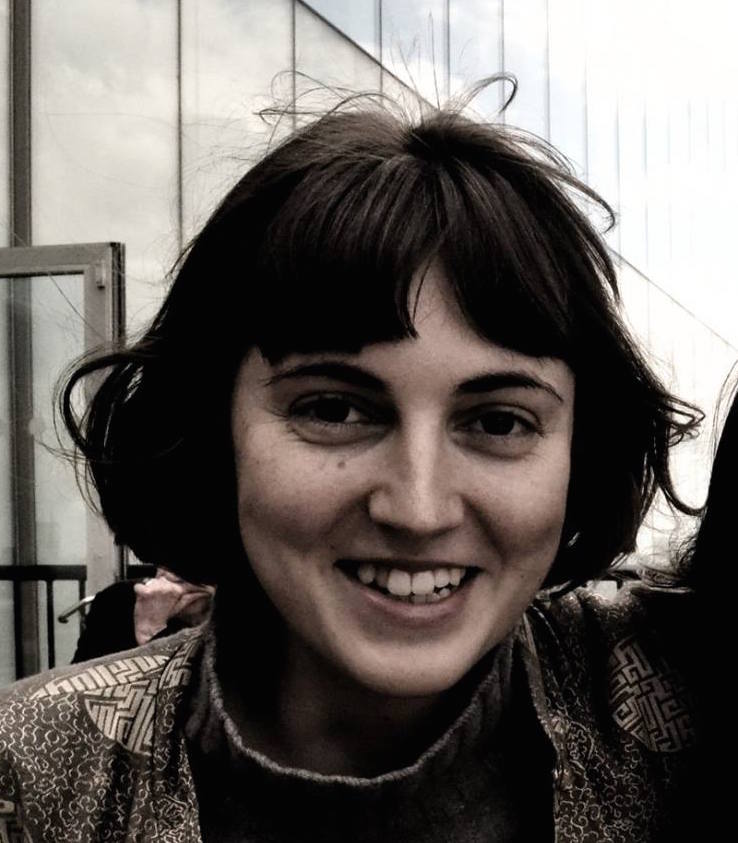 Miranda is a recent graduate in History of Art and finds the world so generally interesting she is finding it tricky to specialise. She has been helping the founding phase of the Women’s Equality Party and has just started working for a human rights organisation. Along with feminism, she is passionate about imagination, open-mindedness and chocolate cake. 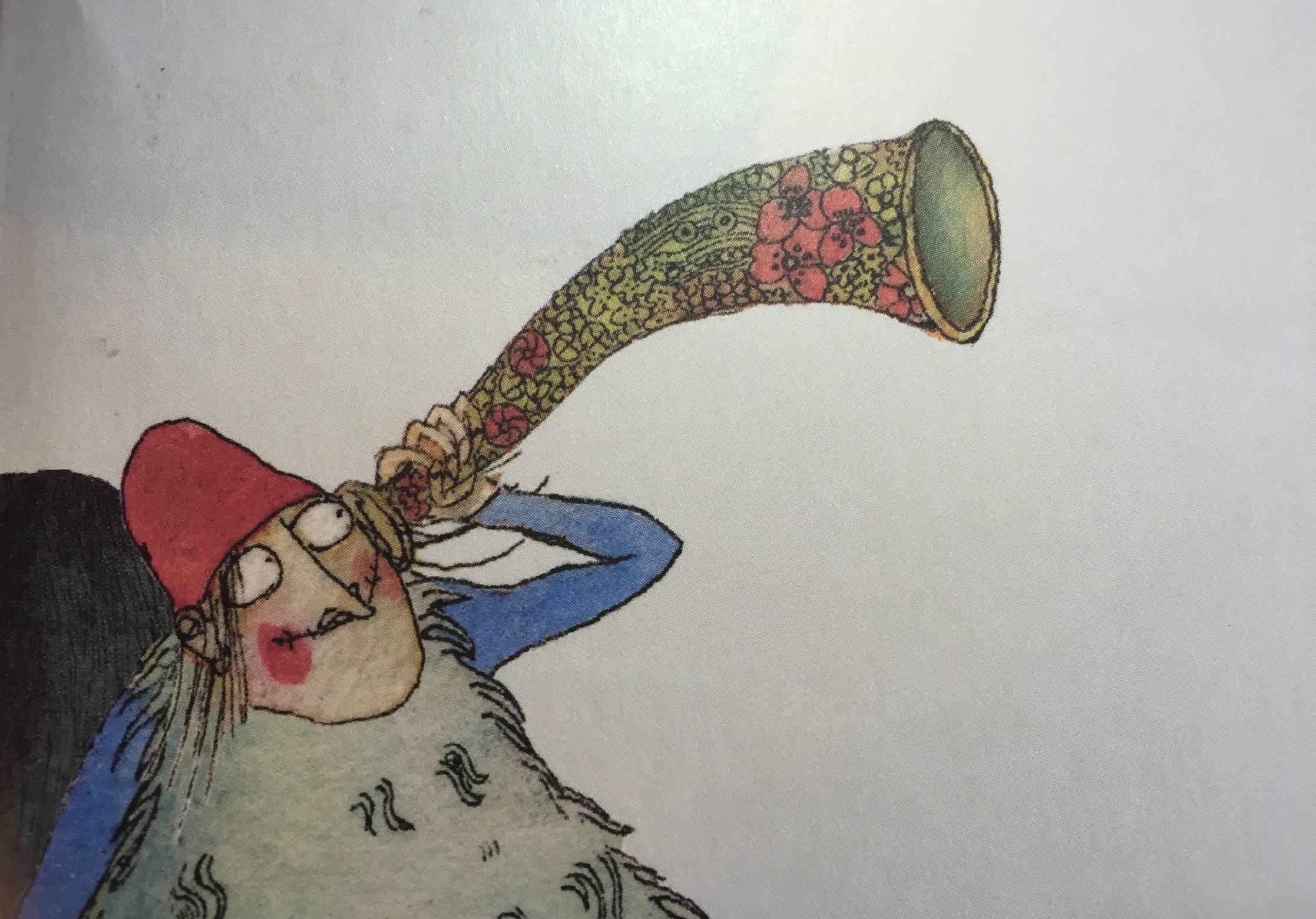 Image by Image by Emilie Seron