“She knows the value of her unencumbered independence”, wrote George Bernard Shaw of his future wife, Charlotte Payne-Townshend, in the early days of their courtship. Charlotte was a wealthy Irish heiress who married the celebrated, though penniless, playwright in 1898. Their relationship has long fascinated critics and historians; the 2010 off-Broadway production of Engaging Shaw, which followed the fortunes of their marriage, is testament to the interest it has inspired, and Shaw himself used his marriage as a basis for the play A Village Wooing. Little attention, however, has been paid to Charlotte in her own right.

Born in 1857, her youth in County Cork had been terrorised by an overbearing mother, but she found an escape by travelling widely on the Continent and further afield. After an abortive love affair in Rome, Charlotte returned to England and, in 1895, became a member of the Fabian Society via her friends Beatrice and Sidney Webb. The Fabians’ socialist principles and commitment to equal representation of women chimed with her own ideas, and she gave generously of her time and money to support their newly-founded London School of Economics and Political Science. In 1896, she funded a women’s scholarship and made a major donation of £1000 to enable the establishment of a library at the School, and went on to serve as Governor.

“She is by nature a rebel. She has no snobbishness and no convention” – Beatrice Webb on Charlotte

Charlotte’s pursuit both by and of George Bernard Shaw was as unconventional as their subsequent marriage. Having told the renowned social reformer Beatrice Webb that she was frustrated by her celibate existence and wished to find herself a genius, the two were introduced by the Webbs in 1896 and Charlotte formed an unlikely attachment to the womanising writer. He was little attracted to her personage, describing her as “a ladylike person at whom nobody would ever look twice”, but enjoyed her companionship and found her peculiarly Irish mix of romance and cynicism compelling.

During their initial acquaintance, Shaw teasingly warned Charlotte not to fall in love with him, and indeed rejected her proposal of marriage in July 1897, but she was called back from a world tour in 1898 after he developed a serious necrosis of the bone. Charlotte returned from her travels to nurse him on his sickbed. She set him up in a new residence whilst he recovered; cohabitation was discussed and this time Shaw proposed marriage while Charlotte purchased the marriage licence. The public announcement of their marriage read:

As a lady and gentleman were out driving in Henrietta Street Covent Garden yesterday, a heavy shower drove them to take shelter in the office of the Super-intendent Registrar there, and in the confusion of the moment he married them.

Both intellectual and highly practical, theirs was a marriage of minds, although not one without impediment. Charlotte was averse to rearing children and railed against the idea that motherhood was woman’s natural purpose. With them both in their early forties at the time of marriage, Charlotte wasn’t in great danger of pregnancy, yet most scholars agree that their marriage was almost, if not completely, sexless owing to her violent apprehension of sexual intercourse. The two were nonetheless able to tread a careful line and enjoy the pleasures of a stable domestic life, in spite of George’s occasional flirtations with leading ladies.

Unwilling to be a passive onlooker to her husband’s fame, Charlotte shaped his output in various ways, acting as his sounding-board, secretary and agent throughout his career. She frequently proposed topics for his plays, and her enthusiastic research into the life of Joan of Arc saw the light in his late masterpiece Saint Joan. Charlotte took an interest not only in her husband’s writing but also in the work of his peers. Her close friendship with T. E. Lawrence was in part an artistic collaboration; she encouraged him to complete the sprawling, autobiographical Seven Pillars of Wisdom, suggesting revisions and advising him on publishing deals once it was drafted.

Her Irish nationalist sympathies made her a spirited supporter of Home Rule. She convinced George to do ‘everything in his power’ to defend Roger Casement after he was arrested for treason in 1916, having tried to secure German support for an armed rebellion in Ireland against British rule. Her feminist sensibilities only grew stronger in later life. She was a prominent backer of feminist review The Freewoman when it was going through financial crisis, and she racked up column inches for marching in the Boston Suffrage Parade of 1914.

Charlotte’s presence may certainly be seen in Shaw’s literary creations, from the fervent chastity of St Joan herself to Man and Superman’s Ann Whitefield, who preys on the committed bachelor Jack Tanner. But it is also evident in the way she used her wealth and influence for good: in the LSE and the New Statesman, enduring legacies of the Fabian Society; and in the activities of the many women’s suffrage campaigners who had benefited from her scholarship. 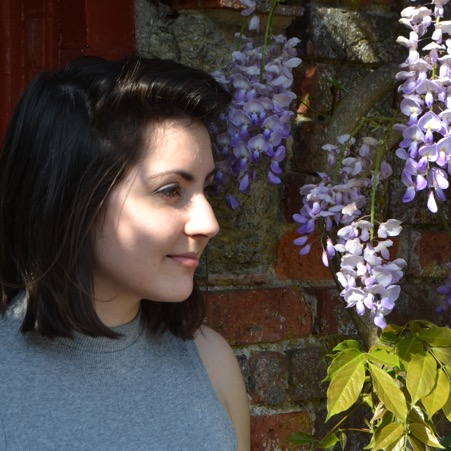 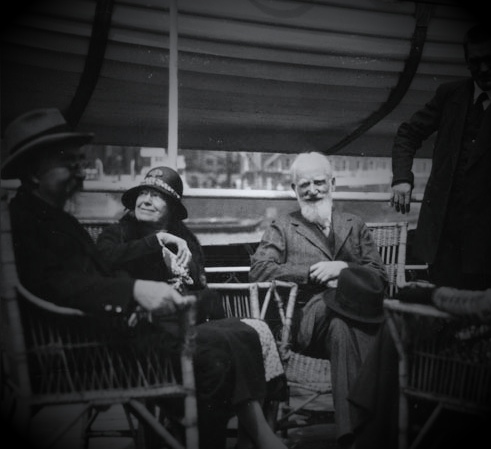 By Library of the London School of Economics and Political Science [No restrictions], via Wikimedia Commons
Show