Born in Leicester, England in 1902, Edith Rimmington is a little-known Surrealist poet, painter and photographer.

Deeply affected by images of wounded soldiers that surfaced during the atrocities of World War II, Rimmington used her work to explore themes of death, decay, vivisection and regrowth. By practicing ‘automatic’ writing and drawing (created by subconscious agency rather than conscious thought), Rimmington produced work that was not just surreal, but which explored the psychological effects of living in war-torn Britain from the unique perspective of a female artist.

In 1946, an article was published in the Belgian surrealist journal Savoir Vivre, titled Surrealist Inquiry: What do you hate most? Amongst those interviewed for the inquiry was Rimmington, who was asked various questions about her personal desires and dislikes. When asked what she feared most, Rimmington replied: “All that constrains my freedom to be curious”. It was this love for the unknown, this desire to explore, that allowed Rimmington to produce enigmatic works of art which serve to both confuse and fascinate viewers to the present day.

Rimmington studied at the Brighton School of Art from the early age of 17. There she met Leslie Robert Baxter (1893-1986), a fellow painter, who would later become her husband.

She first made contact with the British Surrealist Group in 1936, during her visit to the infamous International Surrealist Exhibition at the New Burlington Galleries. Here she was exposed to a new realm of artistic possibilities, and surrounded by subversive artists such as Rene Magritte, Andre Breton and Eileen Agar. During this exhibition, artists and writers took the opportunity to deliver bizarre performances. Salvador Dali would make history when he conducted his seminar Fantomes Paranoiaques Authentiques while dressed in a full diving suit (with helmet), brandishing a snooker cue, and allowing two Irish wolfhounds to lead him on to the stage. Sheila Legge would embody the Surrealist Phantom, standing outside the gallery with arms outspread, her face obscured by a floral mask, waiting for pigeons to settle on her sheer-gloved wrists. The poet Dylan Thomas would quietly weave through the crowds, offering guests steaming cups of boiled string.

Amongst these oddities Rimmington found great inspiration, and by 1937 she was an established member of the British Surrealist Group. In November 1937, she participated in the Surrealist Objects and Poems exhibition at the London Gallery, which opened at the stroke of midnight. The art historian Herbert Read stood at its doors declaring “Approach, for we have names to sell – angels of anarchy and machines for making clouds.” The artist’s work was also exhibited internationally, most notably at the Surrealist Exhibition in Paris in 1947 at the Galerie Maeght.

Rimmington’s painted works are executed with extreme precision, exploring the boundaries between “non-beings” and the autonomous; between life, death and sentience. Butterflies are a regular motif, symbolising rebirth and regeneration, and can be seen fluttering across the canvas of The Decoy (1948), which is the only painting of Rimmington’s in a public collection. In this work, a dissected hand hangs limply, and its exposed muscles and ventricles become macabre incubators for butterflies and their cocoons. Here, the artist continues to examine the way in which death can promote new life. These themes are also recurrent through her poetic work, such as Growth at the Break (1946) and The Sea-Gull (1946), as well as other pieces of writing that Rimmington contributed to Surrealist publications throughout the 1940s, such as the London Bulletin and Arson.

Perhaps influenced by Dali’s stunt at the 1936 Exhibition, and his expressed desire to “dive” into the human subconscious, we see Rimmington using diving suit and sea imagery often in her work, including Eight Interpreters of the Dream (1940), and The Oneiroscopist (1947). In Women Artists and the Surrealist Movement, Whitney Chadwick refers to the latter painting, describing its imagery and “surrealist content” as residing “in the fantastic biomorphic image of the birdlike creature preparing for its descent into the world of the dream.” Linking the vastness of the ocean to the mysteries of the human mind is a theme Rimmington would explore often throughout her career, describing the sea as a “vast water brain [that seems to] hold all the secrets” in a letter to her friend and fellow artist John Banting in 1971. For Rimmington and her contemporaries, the sea was a point of great curiosity, and provided an excellent visual metaphor with which to explore surrealist motifs.

By the 1960s Rimmington had moved to live in the Bexhill area of Sussex, where many artists and poets were retreating to nurture their creativity, far away from the war-torn streets of London. Here, she began to focus on creating photographic works, continuing to use the ocean as a metaphor with which to explore unusual surrealist juxtapositions. Sussex Coast (1960s, photograph) shows a half-submerged rock, the shape of which reminds the viewer of half submerged body or a corpse, Bellmer-like in its dislocation.

It is not clear if Rimmington continued to make any more work after the early 1970s, and she died in 1986, in Bexhill-on-Sea, where her apartment overlooked the ocean.

©The Heroine Collective 2019 – Present, All Rights Reserved. Every effort is made to ensure our articles are as accurate as they can possibly can be, but if you notice a factual error, please do be in touch. We only use images we believe are either in the public domain or images we believe we are able to use for illustrative, editorial and non-commercial purposes. If you believe one of our images is being used incorrectly, please be in touch. References include: Jackaman, R. 1989. The Course of Surrealist Poetry Since the 1930s // Rosemount, P. 2000. Surrealist Women. // Chadwick, W. 1985. Women Artists and the Surrealist Movement. // Martin, S. 2016. The Mythic Method : Classicism in British Art 1920-1950. // Robertson, A. 1986. Surrealism in Britain in the Thirties. 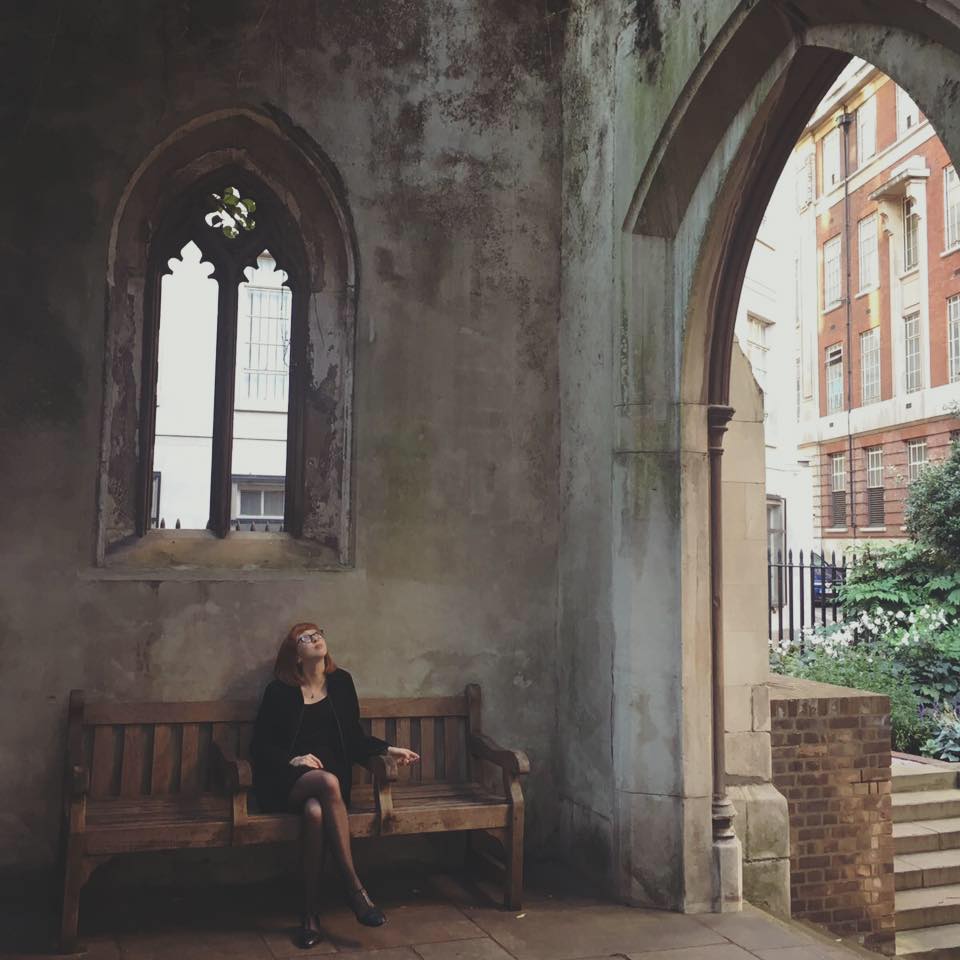 Tor is a Collections & Research Assistant at the National Galleries of Scotland. Her interests involve material culture, curiosities, and in particular a focus on superstitious objects and charms found in England and Scotland over the last 600 years. 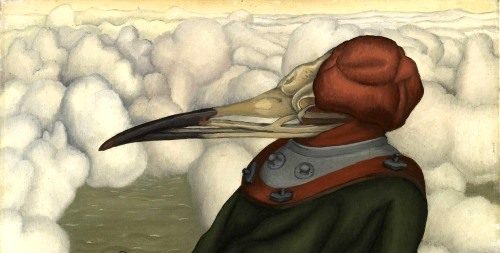 Image by The Oneiroscopist, Edith Rimmington, 1947

Image sourced from The Surrealism Website and is used for non-commerical purposes only. We only use images we believe are either in the public domain or images we believe we are able to use for illustrative, editorial and non-commercial purposes. If you believe one of our images is being used incorrectly, please be in touch.
Show